The last 40 years have witnessed a decline in the predominating influence of the Christian perspective in American civilization. Sociologists now refer to America as a “post-Christian nation.” With this increasing alienation from the one true God of the Bible has come a corresponding upsurge in aberrant thinking regarding the value and nature of human life. The largest animal rights organization in the world, People for the Ethical Treatment of Animals (PETA), is “dedicated to establishing and protecting the rights of all animals” and operates under the principle that “animals are not ours to eat, wear, experiment on, or use for entertainment” (“PETA’s Mission…,” 2007). Millions of dollars have been spent on causes that assign an inordinate value to animals—from dolphins, whales, and sea turtles, to birds, beavers, and spotted owls. Pet mega-supermarket chains have sprung up around the country. Pet dentists, pet nutritionists, petsitters, and pet therapists offer their expensive services to people whose pets have become “part of the family.” [NOTE: That is not to suggest that giving attention to pets is wrong; nevertheless, most Americans prior to the 1960s would disagree with current culture’s inflated preoccupation with animals as pets.]

What is the Christian (i.e., biblical) stance on animal rights? During the Creation week, after God made the animals, He made the first human beings, setting them apart from the animal kingdom by making humans in His own image (Genesis 1:27). A human possesses a soul—a spirit—that lives on after the death of the body (Ecclesiastes 12:7; Zechariah 12:1; Luke 16:22-31; Hebrews 12:9; James 2:26). Animals do not share this spiritual dimension with humans. While they possess an animating life force, when they die, they cease to exist. No part of their being continues to exist beyond physical death. Animals are not subject to the laws of God; they are not accountable for their actions as are humans; they do not commit sin; and they are not subject to God’s plan of salvation.

Both Old and New Testaments endorsed human consumption of animal meat (Deuteronomy 12:15; 14:4ff.). While God placed certain restrictions on the Israelite dietary practices, primarily due to health concerns, Christians are under no such regulations—as Paul affirmed: “For every creature of God is good, and nothing is to be refused if it is received with thanksgiving” (1 Timothy 4:4). God intended for animals to serve as food for humans; He did not intend for humans to serve as food for animals. In fact, God made provision for animals to be destroyed if they killed humans (Genesis 9:5; cf. Exodus 21:28). No such provision was made when humans killed animals. In fact, the divine sacrificial systems instituted by God under both the Patriarchal and Mosaic religions required animal sacrifice (Genesis 4:4; 15:9-10; Job 42:8; Leviticus 1:2ff.).

Likewise, the Bible endorses the use of animal skin/leather and fur in order to aid humanity. When the first human pair sinned, their newly acquired sense of shame led them to prepare coverings made from leaves (Genesis 3:7). However, God replaced their makeshift coverings with clothing made from animal skin (Genesis 3:21). Animal skins and hair were used in the construction of the Tabernacle (Exodus 25:5; 26:14; 35:23). The famed forerunner of Jesus, John the Baptizer, was “clothed with camel’s hair and with a leather belt around his waist” (Mark 1:6). Jesus’ sandals were laced with leather thongs (Mark 1:7; John 1:27). Many righteous people wore sheepskins and goatskins (Hebrews 11:37).

Assuredly, the Bible teaches the principle of stewardship and wisdom in the use of resources allotted by God (Matthew 25:14-30; 1 Corinthians 4:2). Occasional references seem to give a measure of consideration to the humane treatment of animals (e.g., Leviticus 22:27-28; Deuteronomy 22:6-7,10). God, Himself, provides for their care (Job 38:41; Psalm 147:9; Matthew 10:29), and we should not be wasteful, greedy, cruel, or reckless in our handling of Earth’s resources in general and Earth’s animals in particular. However, animals do not take precedence or preference over humans. A balanced, proper perspective is needed. We must realize that animals are not human and are not to be regarded as such. Animals, like the rest of the created order, render divinely intended services to humans as sources of food and clothing, as well as transportation (e.g., Mark 11:7) and other work-related performance.

If there is no God, then animal rights activism is as sensible, appropriate, and as noble as any other cause. However, if God exists, and if He has spoken to humans through the Bible, then our view of the created order must be shaped by God Himself. A review of Bible teaching regarding the status of animals reveals that animal rights activism evinces misinformed, misplaced zeal. Rather than spending millions of dollars on animals, would not a more rational approach be to concentrate on alleviating the starvation, sickness, and suffering of humanity? Or more importantly, why not concentrate our resources on striving to achieve what the Founders of American civilization considered to be the purpose of the Republic, as stated by the Continental Congress in October 1780: “to cause the knowledge of Christianity to spread over all the earth” (Journals of…, 1904-1937, 18:950-951, emp. added). 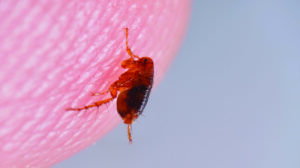