Water is necessary for life to exist. No wonder God created the Earth so that 75% of its surface is covered with it. It’s even in the air in the form of water vapor, so that we bring water into our bodies with every breath we take. Ever wondered how creatures are able to survive in the desert with no lakes or streams and little-to-no rain for months? Meet the Namib Desert beetle—an insect that makes its home in what is believed to be the oldest desert on the planet. Arid areas of the Namib Desert commonly receive only two millimeters of water in a year. How does this little critter survive with so little water?

Scientists have discovered that the Namib Desert beetle has a special wax on its shell that repels, rather than absorbs, water. Also on its shell are special glass-like peaks and troughs. The wax, peaks, and troughs on the beetle’s shell are perfect for collecting water from the air and fog as droplets. The peaks and troughs are arranged perfectly so that the collected water is transported directly to the beetle’s mouth, keeping it alive without the beetle having to even search for water. Sound like the result of an accident to you?

Mechanical engineers were so amazed by this ingenious design that it inspired a new design of their own. They designed a device called Fognet, that “harvests” water from fog using a special net and coating on the net that helps water condense into droplets. Like the design of the Namib Desert beetle’s shell, the droplets are collected on the net and channeled to a trough using highly complex engineering, where the water can be used for irrigation or filtered for drinking. The engineers note that the new design, using the beetle as its inspiration, is expected to collect five to seven times more water than other techniques that engineers have previously designed. 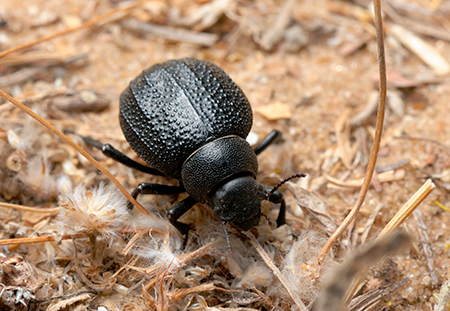 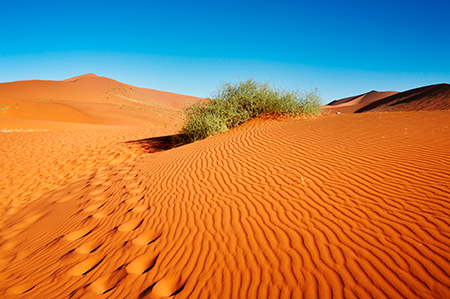 If engineers are making designs by studying the Earth’s lifeforms, and those designs are outperforming other designs, would it make sense to claim that those lifeforms just evolved by accident? Or would it make more sense to realize that they were designed? The answer is obvious. Engineers are designing based on previous designs—blueprints that the Chief Engineer of the Universe already laid out for us.