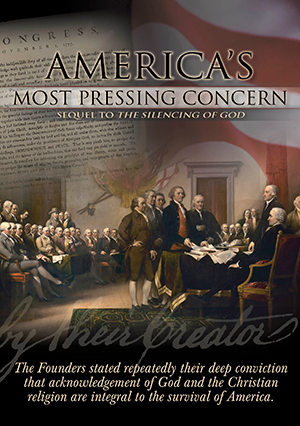 The cultural conditions of our country are such that people are hungering to return to our roots—those values that have made America the envy of the world. Apologetics Press has been responding to this widespread interest with a variety of resources, including the production of The Silencing of God: The Dismantling of America’s Christian Heritage book and DVD. These items have been well received across the nation.

Three years ago, we released a sequel book—Christ & the Continental Congress—which answers the question: Did the Founders believe that the survival of the Republic depends on America’s acknowledgement of Jesus Christ? Revisionist historians, who now firmly dominate academia, answer that question with a resounding—“absolutely not”! But the truth is that the Founders stated over and over their deep conviction that, indeed, acknowledgement of God and the Christian religion are integral to the survival of the nation. This volume, like its predecessor, is a coffee table-style volume filled with stunning pictures and a wealth of information documenting America’s close connections to Christianity from the very beginning of the Republic. We also published a Proclamation Packet that contains the valuable documents described in the book.

Now we are pleased to announce the completion of a DVD that is based on Christ and the Continental Congress. This seminar treats the audience to the fascinating, spiritually enriching, actual historical proclamations issued to the entire nation during the tumultuous years of the Revolutionary War. The documents prove conclusively that the Continental Congress openly acknowledged Jesus Christ as “our gracious Redeemer,” and advocated the exclusivity and priority of Christianity; they affirmed the critical importance of the Bible to the people, and beseeched God to spread Christianity throughout the Earth; they even requested that God establish American Independence on Christianity and Christian morality, while urging Americans to keep all of God’s laws. They enjoined on Americans the practice of Christianity as the foundation of national happiness, and credited God with America’s military success and national prosperity. You must see for yourself the evidence that establishes these facts. Also included in this live presentation are sessions on whether the Founders were deists and slave owners.

The DVD contains eight 30 minute sessions that are suitable for church and school classrooms, civic and school board meetings, and other venues. Special prices are available when purchased in quantities of 20 or more, and a discount applies when coupled with the book and Proclamation Packet.