It is a genuine tragedy that most Americans are unfamiliar with the origins of the Republic in which they live, and are ignorant of the stated intentions and beliefs of the Founders of that Republic. Instead, the last three generations of Americans (Boomers, Gen X, Gen Y) have been treated to a rewritten, distorted version of American history. Indeed, the public school system has been largely stripped of the truth. Spending some time on this aspect of government will be profitable to the Christian who lives in this nation.

As one example out of a myriad, consider that politicians and others routinely refer to “our democracy.” Yet the Founders were adamant in their insistence that they established a republic—not a democracy. These wise men had combed through the annals of world history and examined the governments that preceded them. They concluded that a republic is the best form of government, particularly since it goes hand in hand with the general doctrines of Christianity. They were forceful in their disdain for democracies. Consider a few examples from the pens of quintessential Founders:

Such statements could be multiplied.

But why the vehement disdain for a “democracy”? One must understand the Founder’s distinction between a democracy and a republic. A democracy is rule by the majority. If the majority of the citizens oppose slavery, homosexuality, polygamy, or abortion, then those behaviors will be illegal. If, on the other hand, the population shifts and a majority of the citizens endorse those behaviors, then those behaviors will be legalized, practiced, and promoted. In a democracy, the fickle feelings and subjective opinions of the people become law.

A republic, on the other hand, is representative rule based on unchanging moral principles that transcend human opinions and feelings. These unchanging moral principles are derived from and based upon the unchanging laws of God—what the Founders called “natural law.” As Constitution signer and U.S. Supreme Court Justice James Wilson expressed: “Human law must rest its authority ultimately upon the authority of that law which is Divine.”6 Or as Constitution signer Alexander Hamilton insisted: “The law…dictated by God Himself is, of course, superior in obligation to any other. It is binding over all the globe, in all countries, and at all times. No human laws are of any validity if contrary to this.”7 Noah Webster said it so well when he observed that “our citizens should early understand that the genuine source of correct republican principles is the Bible, particularly the New Testament, or the Christian religion.”8 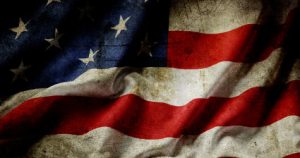 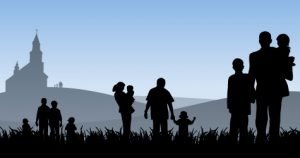