All Kinds of Amazing Skin

Human skin is amazing, but it is not the only sensational skin God designed. Sharks have some of the most interesting skin in the world. When we see sharks swimming in the water, itlooks like they have smooth skin. But if you have ever been to an aquarium where they let you touch small sharks, you know that their skin is not smooth. In fact, it feels like sandpaper. 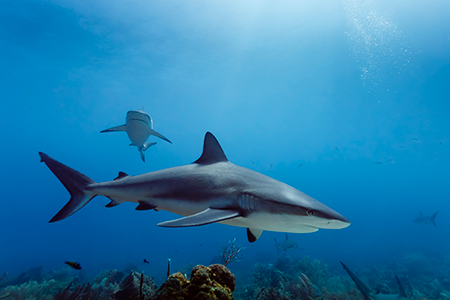 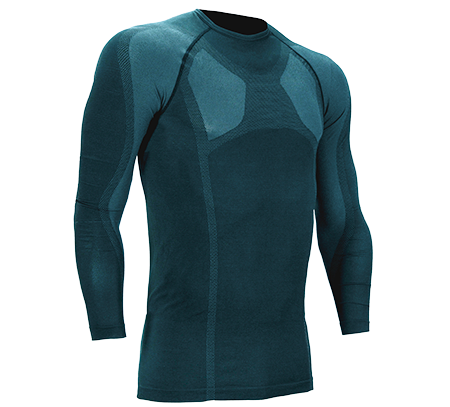 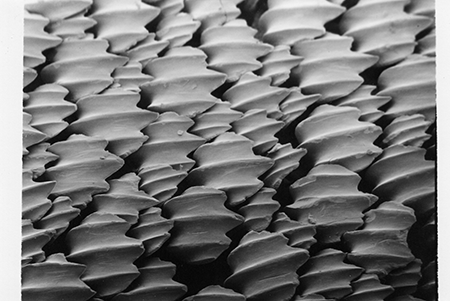 Sharkskin is rough because it is covered with tiny scales that look like little teeth. These “little teeth” are called denticles. Denticles help sharks glide easily through the water. Engineers who studied sharkskin used the same design to make swimsuits for Olympic swimmers. These suits help the swimmers go faster. The engineers copied God’s design.

What comes to your mind when you think about crocodile skin? You probably think about scaly, bumpy, thick skin. What you may not know is that crocodile skin is some of the most sensitive skin in the world. Even though crocodile skin looks coarse and rough, there are little bumps inside the mouth, along the jaws, and down the side of the crocodile body. 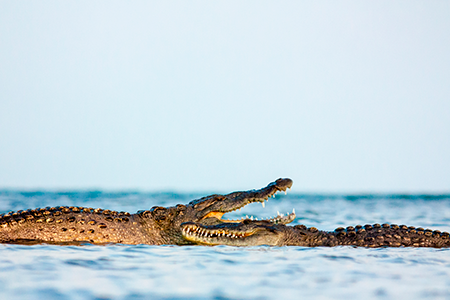 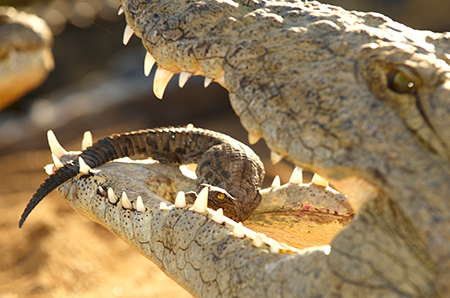 Researchers have found that these bumps detect tiny movement in the water. Crocodile skin is so sensitive that it can detect a ripple from one single drop of water. This skin is more sensitive than the skin on human fingertips. Scientists also believe that the bumps on the skin in their mouths help mother crocodiles carry their newly hatched babies without accidentally biting them.

Of all the remarkable skint hat God designed, skin that changes color is some of the mostinteresting. You may have heard of a lizard called the chameleon. It is probably the most well-known animal with the ability to change its color. 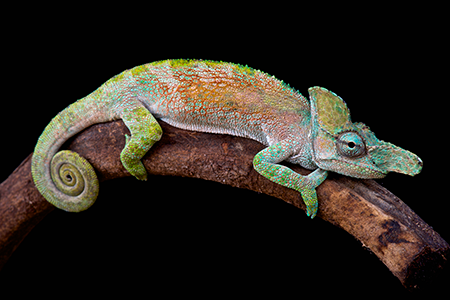 Chameleons come in many different sizes. Some are small enough to sit on the tip of your finger. Others are so large you would need to hold them with two hands. Some chameleons do not have the ability to change colors. Many others, however, can change color in just a few seconds.

Why would a chameleon want to change color? There are several reasons. One reason is so the lizard can blend in with its surroundings. This is called camouflage. It helps the chameleon hide from predators and catch food.

Some animals are famous for their skin, and the fur or hair that grows on it. When you go to a zoo, what animal looks like a horse and has black and white stripes? The zebra, of course. You may be interested to learn that those stripes are very important. 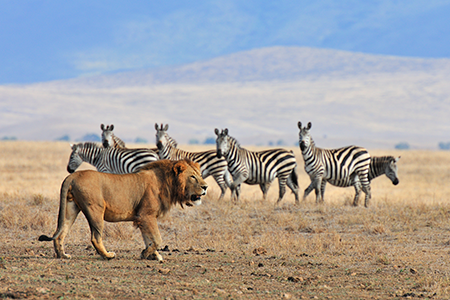 Every zebra has its own unique pattern of stripes. No two are the same.  Zebras have black skin underneath their black and white stripes. These stripes help them blend into a herd so that predators such as lions have a hard time singling one out. Also many bloodsucking flies that carry diseases do not like to land on their stripes because of the way the light reflects off of them. This protects zebras  from disease.

Some of the most astounding color-changers are found in the oceans. A group of animals known as cephalopods contains a host of color-changing wonders. Animals such as octopuses and squid are in this group. These creatures are even better at altering their appearance than chameleons. 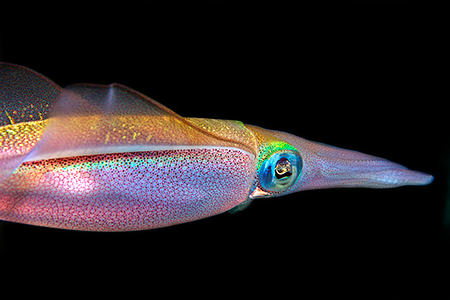 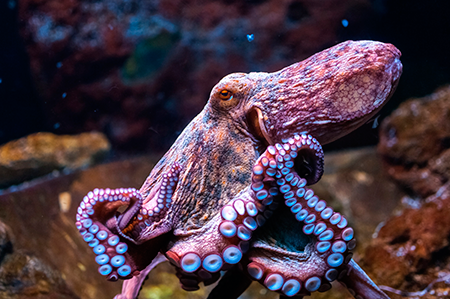 Not all squid and octopuses can change colors. The ones that can, however, are remarkable at it. It is not as if they always change their skin just to one color. Often, they will take on a striped or speckled look to blend into their environment.

Not only do these ocean dwellers change color, but they have the ability to change the texture of their skin. If they are hiding in an area that has a smooth look, they can cause their skin to take on a smooth look as well.

How do squid and octopuses do it? We might think that they look around at their surroundings using their eyes to know what colors to choose. They do that, but it seems that they have another neat trick. Many of them have proteins in their skin called opsins. These are the same proteins in animal and human eyes. These proteins are sensitive to light. Researchers believe cephalopods have light sensors all over their skin.

Maybe you have seen a creature that is about the size of a cat, walks around on the ground like a possum, but has a shell like a turtle. This armored critter is known as an armadillo. When we think of this animal, we most likely think about its  “shell.”  The interesting thing about its shell, however, is that it is not really a shell. When an armadillo is born, it has much softer skin. As it grows, its skin begins to produce scale-like structures that are made out of keratin. Keratin is the same protein that is in your fingernails. 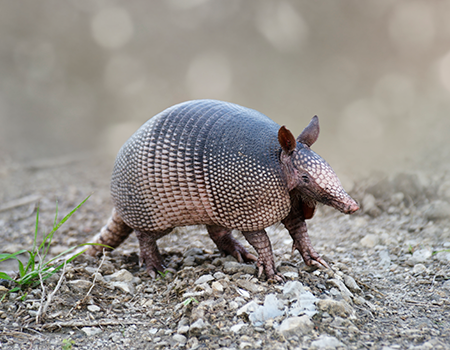 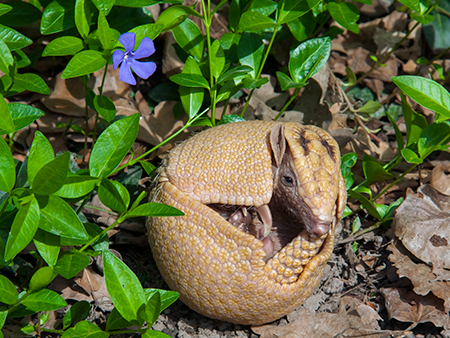 Underneath these keratin scales are bony structures that add another layer of protection. So the armadillo armor is really specialized skin, keratin, and bone. This armor helps keep armadillos safe from predators. In fact, one armadillo species, known as the three-banded armadillo, can roll itself up into a perfect ball for protection.

Have you ever heard the term “thick skinned.” It is often used to mean that a person is tough and can hold up well under pressure. There are animals, however, that really are very thick skinned. Elephants are also called pachyderms. This word means “thick skin”. Elephant skin is about one inch thick in some places. 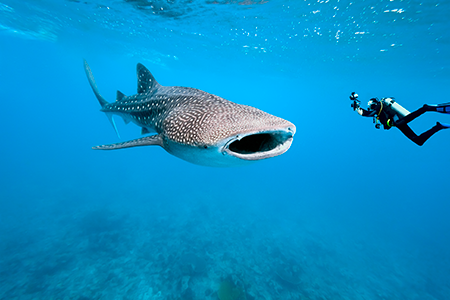 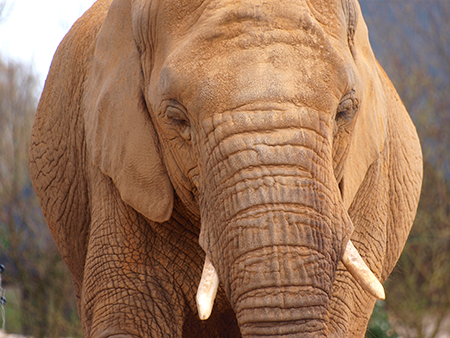 God created many wonderful creatures with interesting abilities. One of the most amazing aspects of God’s creation is the sensational skin that He designed. He gave some animals the ability to change color, and to some animals He gave thick skin for protection. He blessed humans with skin that protects us from germs, holds water in our bodies, and helps make vitamin D. To see God’s awesome power, we don’t have to go any deeper than the skin. 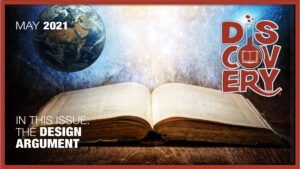