A Proclamation by Benjamin F. Prescott—A Day of Thanksgiving and Praise 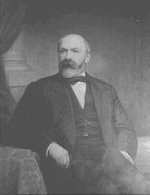 Our devout, courageous and self-sacrificing ancestors, more than two centuries and a half ago, acknowledging their dependence upon God, and wishing in some public manner to express their faith in His guidance and protection, set apart three days for a general thanksgiving to the Supreme Being who had safely brought them over an almost untried ocean, and protected them during a year of extreme trial and hardship. It has been the practice since that time to set apart one day in the Autumn of each year, to commemorate that pious custom established by the fathers. Revering their memory, and anxious to preserve and perpetuate their noble example which illustrated their faith and trust in God, I do, with the advice of the Executive Council, appoint Thursday, the 29th day of November, instant, as a day of public Thanksgiving and Praise throughout the State.

On this festal day, in this second year of the second century as a State and Nation, I earnestly recommend that the people refrain from the ordinary work of the week, and meet in their customary places of worship to render thanks to Him who has mercifully guided and guarded us through the year. The husbandman has been abundantly rewarded with bountiful crops, our people have not been visited with plague or pestilence; outbreaks and disastrous disturbance between workmen and their employers have been unknown, and peace and prosperity have reigned within our borders.

Let friends and families meet on this day to renew and strengthen their friendship, and let all of us render thanks to God who has guarded and protected us through the year, and to whom we must look for every blessing we enjoy, whether as a Nation, State or individual.

Given at the Council Chamber in Concord, this first day of November, in the year of our Lord one thousand eight hundred and seventy-seven, and of the Independence of the United States the one hundred and second.

By His Excellency the Governor, with the advice of the Council:

A. B. THOMPSON, Secretary of State. 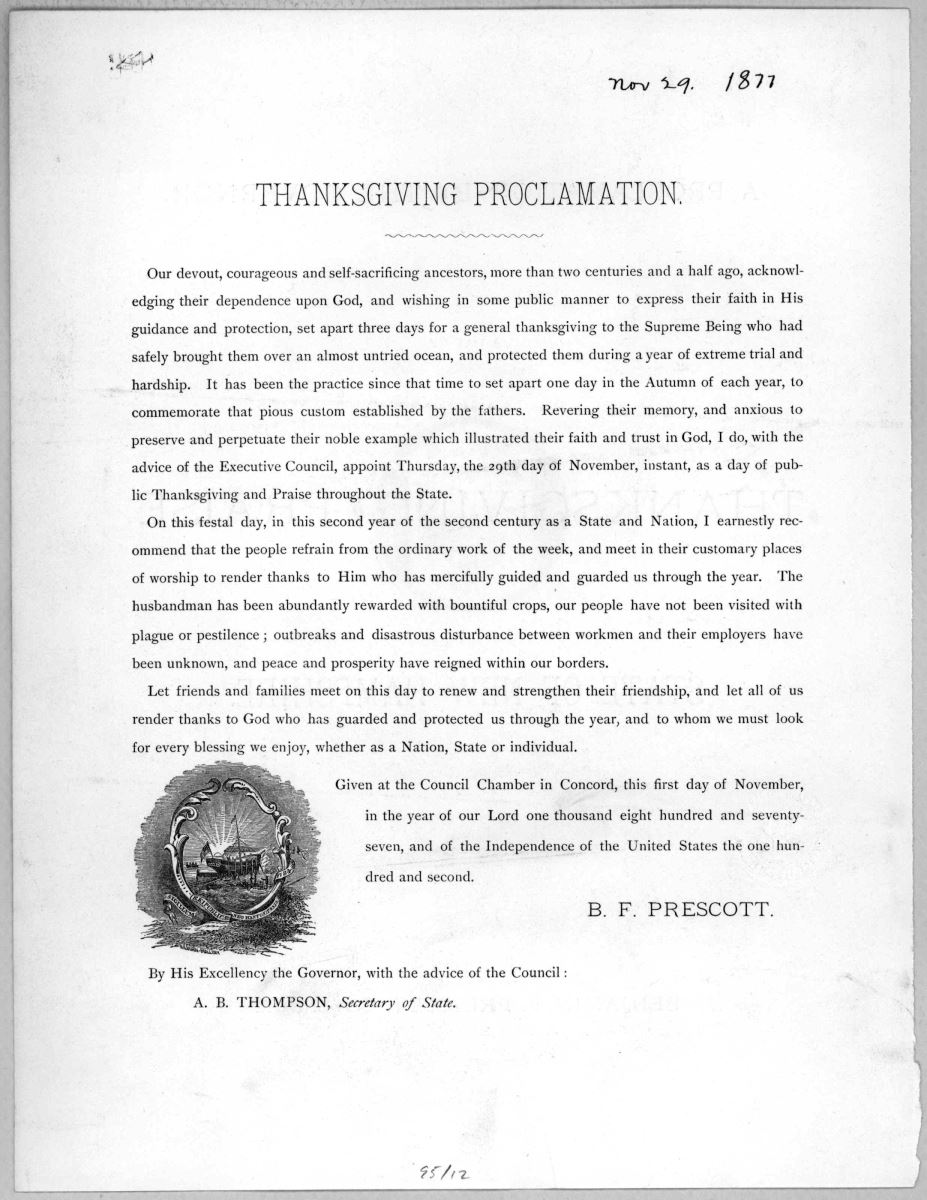